Cerridwen’s Tears Introduces Lara Hennessey, nurse, coffee lover, and unwitting creature of magic. A vicious attack by a jealous lover breaks the protective spell set by her parents and reveals her true heritage, she is high blood Daoine Sidhe, a true Healer, something that has not been seen in the supernatural community for millennia.

Almost losing her life in the attack, she is saved by her neighbor, Aedan, the Governor of the Eastern Region of vampires, and just like Lara, a creature that should not exist. Together they cover up her attacker’s death and try to deal with the aftermath. The transition from old life to new is quick but events are spiraling out of control faster than she can manage.

Unable to return to her job at the local hospital, she teams up with Aedan and his House, working as a consultant on the case of the Baltimore city vampires killings. During their efforts to find the truth, they develop a relationship complicated by the fact that Lara doesn’t do relationships and Aedan is playing for keeps.

When the truth about her identity comes out to the supernatural community at large, she becomes both coveted and feared. Not everyone is excited about the return of a True Healer and she quickly finds herself surrounded by those who want control over her power and will kill to get it.

What little time she has to discover her abilities and harness her power to save herself is running out. When the militant anti-vampire group responsible for killing the city’s vampires kidnaps Lara as bait to garner their biggest kill of all-Aedan, all bets are off. She’ll need more than wild magic and coffee to survive this time.

Lara is a nurse, or rather was a nurse. She gets put on leave for personal issues that shouldn’t have even been an issue. It’s in her time at home that she discovers she’s not exactly normal, and that the humans in her life are more deadly than the vampires next door.

Aedan knew what Lara was from the moment he saw her, but he didn’t know the extent of her power until she’d had to use it. It both saved her and made her a target for others. For him, it just made him want to protect her. To be with her forever.

“I feel you, Lara. Did you know? I feel you struggle against yourself. I feel you move about your day. I smell my blood on you and want to take possession of it once again.”

Lara was entering into a new world she new nothing about. Not even Vampires for Dummies helped all that much. What she did know is that she was beginning to feel affection for Aedan and when it came time to put up or shut up she did what was needed to protect him.

“All I am saying is stay on your toes and be careful because not everyone will want to kill you. Many will want to own you.”

Don’t let the cover fool you (like it did me) Cerridwen’s Tears is a fascinating new take on vampires and faeries. I was so completely caught up in the story that I spent my entire day off reading it. There’s a little action, a rape scene (warning: it is pretty graphic), a little suspense, and a lot of genuine intrigue.

Oh, and the Target scene made me laugh! Can’t forget about that. 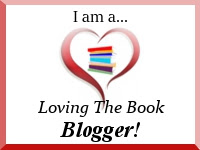