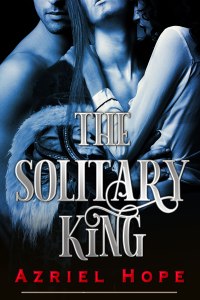 Prince Dane’s father is ready to abdicate the throne on the condition that Dane finds a wife and marries her quickly before he is coronated king. The only problem is Dane is in a relationship with his bodyguard, Asher. Reluctantly, Dane searches for a wife and against Asher’s wishes, chooses Lyric a beautiful ballet dancer who has run from her royal heritage.

As Asher grapples with the worry he will lose Dane to his wife, Dane faces rejection when Lyric refuses his proposal. On a mission to satisfy his lover, Asher brings Lyric back to the castle, and their tenuous friendship becomes love. Dane soon finds the same love for the kind-hearted Lyric and now they must sacrifice themselves for roles they must play so that Dane can become king.

As Asher, Lyric, and Dane face the prejudice of their kingdom, Dane realizes things have to change in order for them to ever be happy together…

This is a steamy MMF menage romance with a HEA, no cheating and a lot of fun.

Excerpt (Oh la la that is one steamy excerpt):

“Ha, my father would never let me play in the ocean, it was too dangerous he’d say. It’s only now as an adult that I’m allowed to enjoy the sea’s beauty.” His hands drifted around Lyric’s body and held her gently.

There was no lust in his act, just a deep tenderness that made Lyric’s heart beat. They didn’t say anything else to one another, just enjoyed their closeness as Asher watched the two of them, loving the view. The boat docked in a small inlet on an island just off of the peninsula. Dane released Lyric and grabbed for a net bag full of gear.

“We are going snorkeling,” he said as he tossed a mask and snorkel to Asher.

“And to the cave?” Asher asked with a lusty smirk.

Dane laughed, “Why do you think I dragged us out here?” Dane returned the lusty grin which left Lyric a little confused.

“A cave?” She looked at her gear and struggled to put it on, not knowing how it all worked.

“Trust me, love,” Dane said as he took her mask and started putting it on her. “You’ll enjoy it.”

Lyric was a little leery at first having never swum in the ocean, but she quickly became accustomed to the water and would grab the prince’s hand to show him the marvelous creatures she’d found swimming about the sandy bottom. Every time she reached out to him, his love for her grew. The quiet hum of the sea lulled Dane’s anxiety as the calm of the ocean settled his nerves. Above the lapping waves, he had to manage two hearts, one fledgling to his world the other forbidden from it. Both were alluring, yet tugged at his desires in different ways. He would have both, but at what cost? The simple aquatic creatures and the muted sounds of their underwater world called him to explore their stories and leave his own for another time.

After a while, a shark raced by kicking up sand and scattering the fishes. Lyric reared back, but not so much as to rush out of the water and into the battering waves of the shoreline. She swam instead to Dane, seeking his protection. Asher was just as close, but yet she chose to dart to the prince with her face full of worry. Dane grabbed her arm and brought her in closer offering a shield. When the shark was out of sight she breathed more easily.

They continued on their journey until they followed Asher into a cave just past the shoreline between the island and the deep ocean. They swam into the cave and removed their snorkeling gear. Dane had such fond memories of the spot where he and Asher often went to escape the world. It was one of the first places he and Asher went to explore each other. There was a beach just past the mouth of the cave with soft inviting sand. Light filtered in from the blowhole above them casting a golden ray on the sparkling sands. During the day the cave was empty and cool, yet at night it filled with water. Asher and Dane would come to the island to make love away from prying eyes. Dane’s heart pounded thinking they’d engage in such activities again with Lyric between them.

“That was incredible,” Lyric exclaimed awed with wonder. “We saw a shark and all those strange and brightly colored fish,” her eyes widened as she spoke. “I’m so glad the shark left though, he made me very nervous,” she laughed at her cowardice.

The prince might have even been sated to offer her visions, tastes, and experiences she’d never had, as he was delighted to see her experience them, but truthfully he craved much more. Her light brown skin had tanned after a few days in the sun and its rich color complimented her features, making him lust for her.

Dane laughed hoping laughter would lessen his arousal. “There are far more sharks out there,” he shook the water out of his hair and Asher did the same. “You’ll have to stay close to us, princess.”

“And they are much bigger than that one, trust me. You did great for your first time in the ocean.” Asher gave her backside a swat. “So many firsts,” he then winked in a way that was far more sexual than encouraging.

Dane had truly never seen Asher so smitten with a woman. At one point he thought Asher only wanted men, as he’d mentioned a few in passing he found attractive. They both liked to look on occasion. Asher fancied strongly built men with mean looking faces, which made Dane wonder why he chose his more subtle beauty over the roughness of men he usually lusted after. Doubtless, it was their deep love and affection for one another that made Asher crave Dane, much the same way Lyric had found her way into his heart. Dane watched the two of them as Asher helped Lyric get the mask off, carefully untangling it from her wild curls. He was falling hard for her there was no question of that.

“Ah yes, this has been a week of firsts for you hasn’t it, love? I wish I could say the same for me,” the prince made a face that revealed his displeasure which he quickly exaggerated into a boyish pout.

“Are you angry that Asher and I slept with one another?” Lyric asked Dane, oh that delightful directness of hers.

“Only feeling left out. What’s a trio when only two of us are having fun? I’ve had Asher and Asher’s had you, but I haven’t had the pleasure. I want to give you time and yet, giving you time is driving me crazy, I’m spoiled. I’m going to be a king, I want you and I’m used to getting what I want. I am trying to be better, less spoiled, and entitled, but waiting for you is killing me.” There it was, out there. “I watch you dance, teach, flirt, and have my lover all in the hopes that one day you’ll like me.” Dane swallowed back the words that wanted to flood his mouth telling her how she was his, how he had seen her first, and wanted her more than Asher ever did, but everything had changed.

“You don’t have to wait.” She continued to walk toward him. “I’m here.”

When she reached Dane she looked up and her big brown eyes drank him in.

“Be mine, Lyric, as Asher is mine.” He touched her warm skin hoping to make his way into her heart.

She laid her head on his chest and listened to his heart beating. The prince wrapped his arms around her and just held her for a moment until she looked up at him again and he kissed her passionately. The scent of saltwater and sea air mixed with skin lotion and hair conditioner made an intoxicating mix that had him wanting to take her as he had Asher in that very cave. The benefit of the cave was the soft sand and the dark surroundings made for a wonderful place to make love.

“I am yours,” she whispered softly as Asher removed his hands.

*If this piqued your interest and you want more, be sure to click on the book cover above and it will bring you to the Amazon purchase page. Happy Reading!