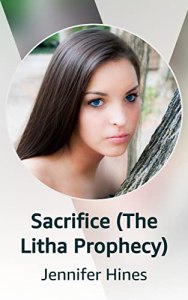 After Sommer Hart discovers she’s a powerful witch with a prophecy to fulfill, she’s then faced with many decisions that will ultimately affect her future and the outcome of all her kind. Throw in a love triangle that’s connected to the prophecy and a betrayal she’ll never see coming. There are many who will do whatever it takes to stop her and this prophecy from happening, will she be ready? 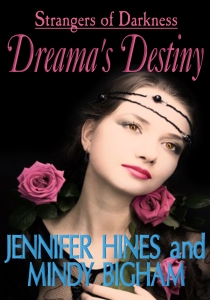 This is the first book in the Strangers of Darkness series.

Dreama had ran from her past since she was fifteen, but it wasn’t until after her twenty-third birthday she realized that her escape had been an allowed illusion. When things from her past circle around into her present she is forced with the realization that there was never anywhere she could have gone that would have kept her hidden from the man who had purchased her from her family eight years earlier.

Everyone has their calling. For Dreama it was being a Scale, a witch who kept the balance between light and dark, good and evil. So discovering that Zane, the man who had swept her off her feet after a dared kiss that lit a fire deep within her, being a vampire, was not entirely a shock to her system, but the sudden return of her ex, Jake, was.

Zane was a wealthy businessman and a vampire hybrid. He was content taking blood from unsuspecting strangers and the occasional one night stands. Until one night during a business meeting at a local club he was surprised by the lips of an enchanting woman who captivated his senses with her sweet vanilla taste. After that one kiss he knew he had to have her, to possess her.

***ADVISORY*** Dreama’s Destiny (Strangers of Darkness ~ Book One) is a paranormal romance novel with explicit sexual content and adult language.

This is the second book in the Strangers of Darkness series.

Jordan Matheson may have been born a vampire, but he’s just another rich playboy. He’s used to getting anyone he wants, whenever he wants, and never for more than a single night. For the most part he likes his life, he revels in the promiscuity, but all it takes to throw his world into chaos is one woman who tells him she’s not interested.

Samantha Davis enjoys her quiet life and loves being an attorney who helps the less fortunate. When a quick decision lands her smack dab in the middle of her best friends business life nothing for her will ever be the same. First a car chase, then a party she has no sense in being at, and then to top it all off she’s being pursued by a man who may be nice to look at, but is an ass nonetheless. If she ever gets past his brash demeanor, will she get past discovering that he isn’t exactly human? In attempt to gain some insight into Jordan’s world she instead learns more about herself…and what she learns may be the final straw that pushes her stress into pure panic.

When a bond is broken, another is formed, and then all hell breaks loose. A magnetism that can no longer be denied ends with consequence. A jealous ex whose pursuit will not be hindered and a family who makes a decision that can never be forgiven. With the odds against them will Jordan and Samantha be able to find the balance between the light and dark? 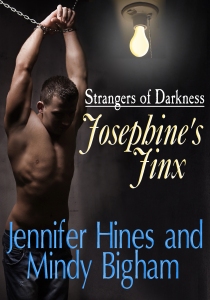 Josephine isn’t the sweet innocent girl everyone thinks she is. The only one close to glimpsing the real her is her oldest brother Garrett, and that’s only because she lives with him.

Two sides of the same coin.

She may be a vampire, but she’s about as sweet and caring as anyone can be. Of course that’s the side she shows at home. At night she craves to be the center of attention, either by dancing in the spotlight or by kicking the ass of the next muscle head who thinks he can beat a ‘little girl’ in the cage. They’re wrong every time…she’s been undefeated since arriving in town.

A kiss in an alley changes everything.

Changed by the unknown. Drawn to a sexy stranger. Jinx’s life is changing faster than he could ever have imagined. On the run from those who want him back and unable to leave town because of his addiction to HER. Can he manage to stay one step ahead while trying to figure out what happened to him and why he needs the mystery girl so badly?

Most children grow up in loving homes, with parents who tell them bedtime stories. Not Abbey. She spent her childhood training for a battle that always seemed too far away to ever become real.

In a world of Elementals, now corrupted and misguided by the ruling families, a queen must rise up and make right the wrongs her people have had to suffer through in absence of a true leader. After spending her entire life secretly training with her guardian, eighteen-year-old Abbey must now join the Maramec Conservatory as a student, entering into a world where she will meet other Elementals, Mystics, Watchers, and Warriors. Being surrounded by the people she will someday rule over, she must keep her identity as future queen from being discovered, while managing to create friendships and deciding whom she can trust to stand by her side both now and as queen.

Sacred Promises (Book One) is a YA fantasy novel.

With war raging between the last two ruling families, the Skye’s and the Fino’s, Abbey will be forced to step up and announce herself as the rightful queen to the world of Elementals sooner than expected. At which time, her chosen advisors will also be declared. Including the person whose oath she unknowingly accepted to stand by her side.

Beginning her journey by traveling to Iceland to meet Garik’s family, and ask their blessing to put him through the trials to be her First, brings forth an entire new world. She dives deeper into the world of a warrior and what it means to have a family.

After a vision of destruction Abbey must make a decision to save a school or let it fall to Fino’s army. Saving it will mark her identity, but letting it fall would mean the loss of many innocents. Either way, her life will never be the same after her decision. 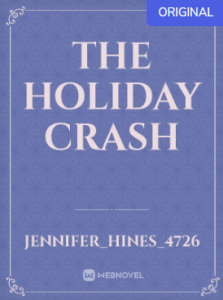 Tracy is looking for the perfect holiday gift, but instead finds something she never expected… A collide, a shatter, and a sexy stranger with a proposition.

James is tired of his parents never-ending requests to find a bride, but this time they’re bringing all eligible girls to their pack and demanding he chooses by Christmas. What will they do when he shows up with a date of his own? Will he be able to convince his parents that this human girl is the one he has chosen?

What happens when a lie becomes truth and then frightening secrets are revealed? Does love conquer all?

This book can only be found on Webnovel. It’s a short holiday werewolf story.

J.K. Walker was our December 2013 Author of the Month. I love his Salt Lake After Dark Series so much that when I got asked to be a beta reader and assist with editing/continuity I couldn’t resist. ~Jennifer

You can read my review here or click on the cover above to be taken directly to the Amazon purchase page.

Andria Large was our October 2014 Author of the Month. I fell in love with her Renegade Series, thoroughly enjoyed Crossing the Line, and cannot wait to begin her Beck Brothers Series. She is quickly becoming on of my favorite authors, so when she asked me to be a beta reader for At War I couldn’t resist. ~Jennifer

This is scheduled to be released on February 3rd, 2015, at which time you’ll be able to see my review. Click on the cover above to be taken directly to the Amazon pre-order purchase page.