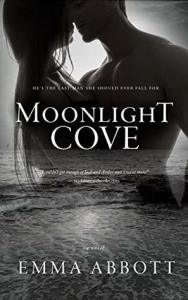 When Jack Ward, the highly-eligible but world-weary owner of the multinational Ward Hotels empire, comes to the idyllic island of Guernsey in the English Channel it’s to buy a new portfolio of properties, and to take his first real summer break in years.

He doesn’t expect that his presence will inadvertently revive long-simmering family enmities – or that his passions will be stoked by a woman who hates him, and everything he stands for…

Meanwhile, a local accountant, Amber Dorey is just getting her life back together after a broken engagement. But then a delicious one-night encounter with an arrogant, handsome stranger has explosive consequences for her life and career…

*This is a sexy romance containing adult material.

Amber thought she had a good life and the best job, until the hotel she worked at got bought out by the same company who bought out her father’s. Amber is very prideful and she’d rather quit than work for the man who destroyed her father. But then again Jack isn’t the man…he’s the man’s son and oh how that complicated things.

Jack took over the hotel empire after his father passed away. He had always thought of him as a wonderful business man, but after Amber’s acquisitions he has to reevaluate that. She also makes him rethink himself. Not one to get attached to women he can’t help but want to stay close to Amber, even making himself be the bad guy in order to keep her around. And it confused the hell out of him.

Amber easily jumps to conclusions because she wants to hate Jack.

Jack tries to stay away on business because he doesn’t want to miss Amber.

In the end, neither can fight what their hearts want. Each other.

This isn’t one of those slow sizzle that heats up into a fiery passion. No, Moonlight Cove starts off as an inferno and then you get to watch as two people try to hold back the flames they both so desperately do not want to have, but do.